The new generation of gaming has arrived, but to be perfectly honest, it doesn't feel much different from what we're used to. It seems that without a big leap in display resolutions, disc formats, or crazy input methods (Kinect had a predecessor already), we're still left watching the horizon for something exciting - something to really herald a new era of engagement. If it won't come from the hardware, and it won't come from system features, we may have to resort to the craziest idea of all: designing better games. Game design seems to be at extreme opposites these days, but not much stands out as revolutionary or "next-gen". Indie developers are throwing wacky, minimalistic concepts on the wall to see what will stick, while big publishers are trying to perfect their safest and most lucrative formulas. Honestly, it's like most people don't even know what a next-gen idea would look like. Here to help everyone realize there's still at least five design ideas that could instantly give new games a sense of being "next-gen," and by way of a handbook for XBox One and PS4 game developers looking to make something really innovative, I offer the following list. You may have seen glimpses of these in other places, that only means those games were ahead of their time. R emember this isn't about dreaming up impossible visions of the future, driven by cutting edge technology - on the contrary, they're all long overdue, and have particular significance today. 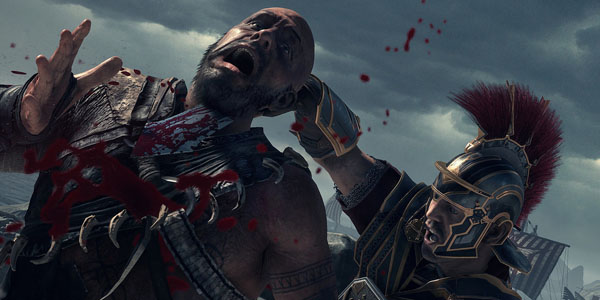 "Artificial intelligence" has always been a nice fancy term that didn't live up to its name, but by now we've forgotten its meaning completely. Nobody tries to create artificial intelligence in the true sense of the word anymore. The old fantasy of interacting with sophisticated virtual beings who would not only be cleverly designed in order to challenge our intellect, but eventually become smarter than us and surprise us with their decisions, has been replaced with a half-hearted acceptance of literally mowing down thousands of unthinking zombies, who have no sense of self-preservation and can only groan as they're ground into sludge. At this rate we can expect to be playing the world's most photorealistic looking fish-in-barrel massacre sim by 2024, and we'll still be obligated to refer to it as "next-gen". I'm not asking Nintendo to put a Watson computer behind every Koopa, but most game characters could use a baby step toward common sense. For example, when a character's "health points" are low, they should behave differently than when they're at full health. It's not hard to implement that, but it goes a long way in creating the sense of "artificial intelligence" and "next-gen." If your game is all about shooting people, maybe you could program characters to act like they got shot when you, y'know, shoot them. I watched a demo of Ryse: Son of Rome and was stunned by the uncanny valley effect of watching masterfully modeled warriors run up like idiots and ignore thirty stab wounds from the hero, fighting as vigorously and confident as before. They even have superficial cuts on their bodies, but it makes no practical difference to their actions or reactions. The more real people look, the more disappointing their unrealistic behavior feels. We're actually moving backwards. The Elder Scrolls IV: Oblivion was scripted so that its bad guys tend to boast and rally together when they have a clear advantage, but scatter and beg for mercy when their posse gets devastated. The original X-COM: UFO Defense included a "morale" system, wherein enemies and squadmates would psychologically weaken as their team was attacked and killed. Eventually they'd snap, shooting randomly at things or throwing their weapon on the ground and standing still, panicked. That was 1994.
Contributor
Terrance Wolf
Contributor
Twitter

Humble philosopher and Metal Gear enthusiast. I prefer not to tread lightly. I believe that to write something interesting you can't just answer the question better, you have to find better questions to begin with. I could write a bunch more of those, because I'm full of wisdom and conviction like that. Just say no to college, kids!

8 More Bizarre Methods To Heal Yourself In Video Games

10 Video Game Spin-Offs Nobody Asked For (That Were AWESOME)

10 Wonders Of The World You Can Explore In Video Games

8 More Video Games Where YOU Are The Final Boss