Video Gaming has become a lucrative industry, over the years it has grown, it has evolved and revolutionized to what we see and play today. However do you remember what started this industry? The years came and went with every passing moment the industry witnessed miracles, breakthroughs. Who would have thought that the video gaming industry would have survived after the big crash back in 1983, not just survive but to also blossom and create the wonderful masterpieces we see and play today. Come join me and let's take a look at some of the important games to have ever come out and revisit our childhood memories for some. Now then without further boredom let us begin! 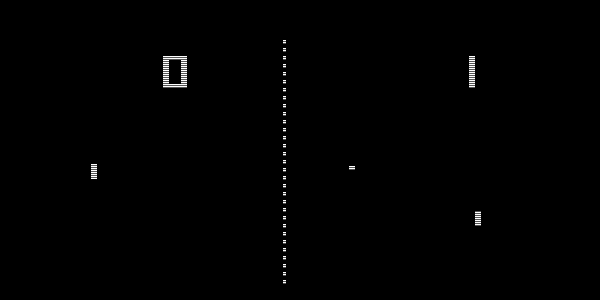 Now who would have thought that when they installed Pong in a local bar called Andy Capp's Tavern that the machine would stop working; not because one of the technical parts blew but in fact that the amount of quarters that had been put into the machine had actually jammed the mechanism. The fact that Pong consistently earned four times more revenue that other coin operated machines, with a rough estimate of $35 - $40 a day is not to be messed with. Naturally this lead to an increase in orders which in turn gave Atari a steady income, by 1973 Atari had filled 2,500 orders and sold 8,000+ units and to top all of this off Atari had been selling these machines at 3 times the cost of production. Due to this a home Pong version was created and in its limited release in 1975 would go on to 150,000 units during that holiday season, thanks to the games universal success it earned Atari a Sears Quality Excellence Award. Nowadays many publications believe Pong to be the game that launched the video games industry as a lucrative enterprise. Fancy that for a little warm up project, eh? Who would have thought that a training exercise program would kick start the future of the video gaming industry?
Contributor
Humza Ahmed
Contributor
Twitter

My Names Is Humza, and I am a 20 Year Old: Guitarist , Anime/Manga Enthusiast, Hardcore Gamer, Music -J/K Pop Maniac. My PSN = ShatteredPheonix add me if you wish to play some games.

The Best Video Game Plot Twist We Never Got To Play