The end is nigh for the Wii U, or so it seems as Nintendo's latest quarterly figures reveal that the console sold a shocking 160,000 units worldwide between the months of April and June, far below any possible projection or expectation, and making it clear that without a killer app coming along in the near-future, the console is all but doomed. While consumers are going to be hard-pressed to part with their cash for what is essentially an HD version of the Wii with a tablet screen, there's no denying the pulling power of some of the company's classic franchises, ones which will doubtless see the troubled platform see a surge in sales within the next year. Though the console has zero chance of competing with the Xbox One and PS4, here are 10 upcoming games that can help Nintendo claw their platform back from the jaws of total defeat, and could save the Wii U from absolute failure... 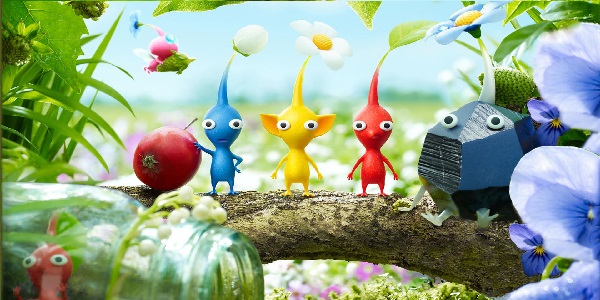 Easily the highest-profile and most-hyped title for the Wii U to date, Pikmin 3 has benefited from ecstatic reviews (8.8 from IGN), and given that it's been 9 years since the release of the last game, this has to be to the relief of many Nintendo fans. Originally envisioned as a Wii title, it nevertheless wound up on the Wii U, and given the popularity of the previous games in the series, will be sure to give the console a sales boost for the current quarter. While excitement might have died down a little since the reveal at last year's E3 - largely due to a lack of excitement around the console itself - Pikmin 3 is being lauded as a clever and involving strategy game, and given how little of actual substance is presently released on the Wii U, it's not exactly going to have a lot of rivals competing for players' attention.
Contributor
Shaun Munro
Contributor
Twitter

10 Video Games That Punish You For Being Smart

8 Upcoming Video Games You Are NOT Ready For New

10 Video Games That Were Cancelled Despite Being Almost Finished

10 Video Games Where You Can Destroy EVERYTHING