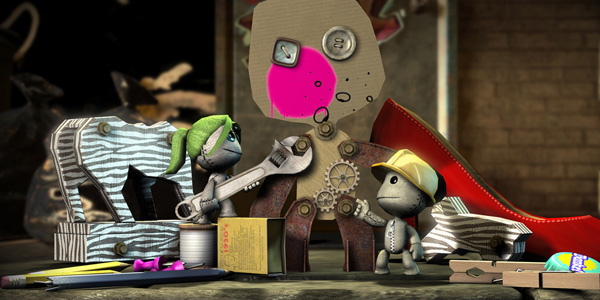 Looking forward to getting a PS4 this holiday season? Hoping Santa'll be able to magic you one up and put it under the tree? Well, so am I. But there's certainly a chance that you've not yet played everything that the Playstation 3 has to be offer; after all, this has been the longest gaming generation ever and there's literally thousands of great games out there just waiting to be played. Along with some absolute stinkers as well, but we can't have everything! Although both consoles have their merits, the Playstation 3 has generally been the go-to place for exclusive games over the last few years. There's literally loads of the things, but these are the 25 you should make sure you play before jumping across generations.

You know that ancient pointless debate about videogames being art and all that? The one that never gets answered? Beyond: Two Souls will be talked about with reference to this debate for years. Completely divisional, Beyond delivers a pretty good story experience told over the course of a young lady's life. It's immensely detailed, with great graphics and all that, but the gameplay and experience turned many off who wanted more out of a game. In my opinion Beyond is very much a subjective experience; it depends entirely how much you want out a game and from a narrative standpoint, this game very much delivers. From a gameplay perspective...not so much. It's still an experience worth your time though, if only to decide whether or not you're willing to experience narrative-driven drama on a console or instead just want to shoot stuff into little bits. Oh yeah, and there's a ghost and stuff too, if that appeals to ya.
Contributor
Dan Curtis
Contributor
Twitter

10 Levels That Made You Rage Quit Awesome Video Games

12 Levels That Made You Rage Quit Awesome Video Games