You just don't see much of those games you grew up with, do you? That is unless of course you still play your PS1, in which case I envy you. As the gaming world evolves, so do the franchises, with games such as Grand Theft Auto, Call Of Duty and Assassin's Creed firmly taking over from Crash Bandicoot and Spyro The Dragon, and bringing in a definite shift in tone. Gaming has become a lot more serious, for the most part, but we all reach that point where you've played endless hours of maudlin shooter content, and you just yearn for the frivolous, undemanding fun of Toy Story Racer. If you're hoping for an updated version of the games that defined your formative gaming years, you're probably out of luck, (unless of course we're talking about Tekken, since that's like the little franchise that could). As consoles are updated, so are the franchises, and classics are pushed by the wayside, onto the pile marked Nostalgia. It's with regret that I write this article, as it means coming to terms with the loss of some of my favourite games whilst growing up. 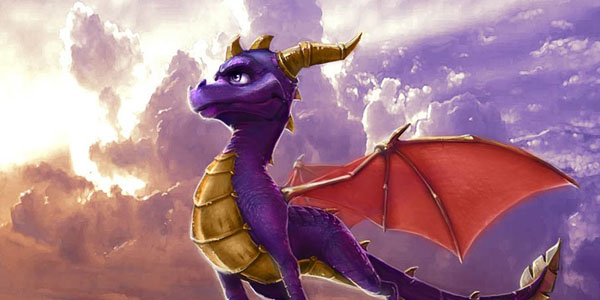 Spyro The Dragon is one of those games that everyone had on PS1, tried to follow into PS2, got bored and then traded in for the new Call Of Duty release. On PS1, Spyro was always pretty child friendly, with its simplicity and bright colours, but following an unsuccessful stint on PS2, he's being used as a cheap marketing gimmick to encourage people to buy into a new franchise, Skylanders. Much like our favourite orange bandicoot, Spyro's first foray into PS2 wasn't overly successful, with its numerous technical issues being blasted by critics. Then, as a new generation of games began to be realised on PS2, Spyro tried to up the ante. In the process, the developers managed to alienate their target demographic. No child would be able to sit down and play the game themselves, instead having to tug at daddy's sock to come and slay the evil monsters for them. Mixed reviews wouldn't encourage the more savvy gamers to go out and reinvest in the series either, as they opted to play Kingdom Hearts and other franchises that had credibility to spare. Enter Skylanders: the first game even explicitly mentioned Spyro in its title, to encourage those still loyal to the series to invest, but then, with successful reviews and a solid market in its own right, Spyro was promptly dumped from the main titles, instead having to settle for uninspired spin offs.
Contributor
James Brown
Contributor
Twitter

10 Infuriating Video Game Bosses That Made You Lower The Difficulty

10 Loveable Video Games That HATE You

11 Terrible Video Game Collectibles That Were A Waste Of Time

10 Video Game Bosses Only Hardcore Players Got To Fight

Everything Xbox Series X Does BETTER Than PS5