It should come as no surprise that movie tie-in video games have a reputation of being bad... it's probably because most of them are! Whether its an underwhelming PS2 tie-in that feels like it was knocked together in a couple of months, or a 2D IOS game that has almost no connection to its inspiration, most video game tie-ins to movies fail to capture what we loved about the movie and instead leave us unfulfilled and come sometimes even taint the source material. However, despite games like EAs horridly dull Catwoman and Eidos frustratingly unnecessary Reservoir Dogs being just a couple among the long list of unimpressive and unwelcome movie tie-ins, there are some movie inspired video games that are hugely overlooked, as too many assume that they will not be able to do their source material justice. However, the following five games are some of the few video games that not only break the mold, proving that not all video games based on movies have to be bad, but are some of the best of their kind. 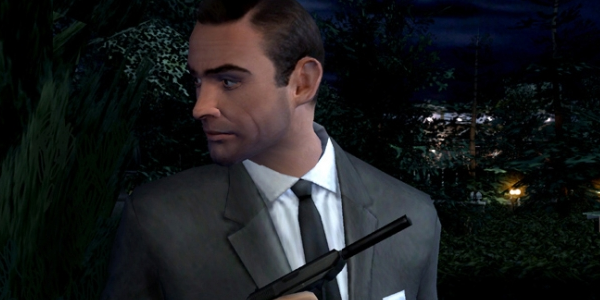 Despite the movie being released all the way back in 1963, it wasnt until 2005 that From Russia With Love got its video game adaptation, but it was worth the wait. Despite coming almost forty years later, the game somehow still managed to perfectly capture the original movies classy and suave style that made us love it so much. The game, although a fairly simple third-person shooter, still managed to build tension, throw the payer into action-oriented scenarios and have us on the edge of our seat whilst also reminding us why the Sean Connery movies were our favourite. Although good chunks of the game are nowhere to be found in the original movie, with scenes being added in and original scenes being exaggerated to allow more player interaction, the game never felts like a cheap throwaway or another gimmicky cash-grab. Instead, Form Russia With Love may be the greatest Bond game out there. Its one of the first that ever made us feel like we were James Bond; being able to utilize his gadgets and drive his Aston Martin, and thanks to some exhilarating car chases and intense shootouts, From Russia With Love never fell short of being as exciting and enjoyable as it should have been.
Contributor
George Bartlett
Contributor
Twitter

George Bartlett hasn't written a bio just yet, but if they had... it would appear here.

10 Most Stylish Video Games Of The Last 10 Years New

10 Video Games To Celebrate Your Birthday With

10 Most Disappointing Video Games Of The GENERATION

FIFA 21: 8 Reasons To Give Career Mode A Chance

10 Video Games That Made You Face Your Own Worst Nightmares