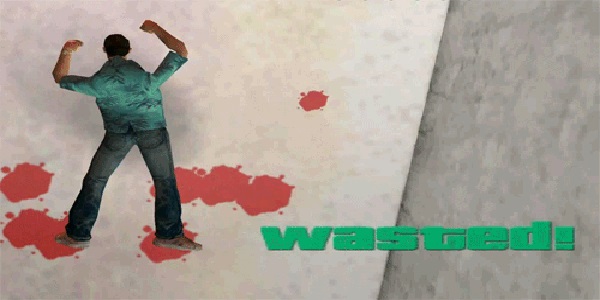 The occasional death of the player character is an accepted inevitability in most action games given the involvement of guns and other forms of weaponry. The Grand Theft Auto series is no different, as the players character is likely to meet his maker on a number of occasions throughout the games as his controller navigates missions that involve high-speed car chases, explosions, extensive gunfights and conflict with heavily armed law enforcement personnel. Aside from these, however, the series has featured several ways of dying that range from frustrating to downright ridiculous, and what follows is a quick and fun rundown of five of the most irritating things that can result in an instant mission failure and a trip to the local hospital that results in the loss of accumulated weapons. Hopefully, few or even none of these will be present in the upcoming Grand Theft Auto V, which is now just a month away from release.

Grand Theft Auto: San Andreas added a whole host of new concepts to the series, some of them good, such as bicycles, gambling and base jumping, and some of them bad. One of the more questionable additions was a hunger system, in which players must eat food on a semi-regular basis to ensure that their character doesnt begin to lose their body fat, muscle mass and finally health in turn. There is little more infuriating than beginning a lengthy mission only to informed some time after commencement that you will soon die and fail as a result of malnutrition. On some missions, this can be remedied with a trip to the nearest fast food establishment, but on ones in the middle of nowhere or where the leaving of a vehicle is forbidden (such as the lengthy ambulance or firefighter subquests), its likely to result in a pad being thrown at the wall.

Alex was about to write a short biography, but he got distracted by something shiny instead.