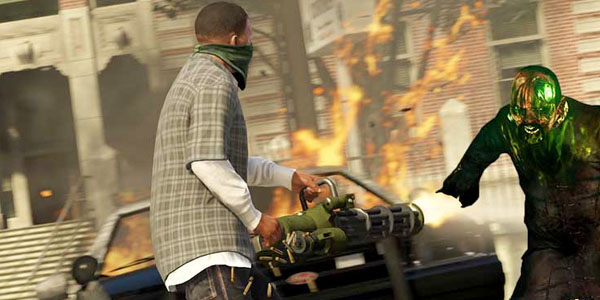 It's hard to introduce an article like this without making reference to how ridiculous GTA V's success has been. Records smashed, critics wowed, players enthralled - it's safe to say that Rockstar have delivered the biggest in their line of successes. But let's go back a few years and allow our consoles to go back a hundred. A few months back Red Dead Redemption saw its release to the same successes as listed above, and now that the frenzy has started dying down, what does Rockstar announce? The Undead Nightmare DLC. Everyone thought they were mad. How could a straight played Wild West shooter have zombies? How would John Marston and co fight against a horde of the walking dead without it becoming too hard or too easy, or too boring? These pretty solid skepticisms and more were slain when the content landed and proved that the right application of zombies can better any game, and the right game studio can pull it off. So during a particularly NPC-unfriendly evening of GTA online, I found myself wondering if the same could be done for Rockstar's brightest gem. Could one of the largest and most epic games of all time possibly handle, let alone pull off, a zombie mode? I think so, and here's my reasoning. And just to clarify, this is purely a hypothetical concept. Unfortunately.
Contributor
Jordan Wicks

Just a movie mad nut job with a computer and a passion for writing.

10 Ways Video Games Blew Your Mind (Without You Even Realising)

7 Video Games That Broke Their Own Rules