DotA is an Action-RTS game. Now some would say an Action-RTS is really a MOBA game (massive online battle arena), but, whatever you call the genre, it takes considerably more to understand the game. So for the uninitiated let me break it down for you (everybody else feel free to jump ahead). At its most basic level DotA is a tower defense game. Each side must make their way to the most guarded portion of the opponents side of the map - destroying towers and waves of enemy resistance along the way - to destroy the enemy base and win the game. Adding another layer, DotA is a PvP RPG. Each game is divided into two teams of five with each side having over one hundred unique characters (also known as "heroes" who each have their own specialty or purpose) to choose from in building their team. All players start at level one and work to gain gold and experience through killing the enemy or farming NPC units. Games last thirty-forty minutes, and, by the end, heroes have completed skill trees (up to level 25) and purchased items that will give them some strategic edge in the games final battles. What plays out is a game dense with skill, strategy, and teamwork. All of which are needed to win the game. DotA is known for having one of the highest learning curves in gaming (in great part because you must learn all one hundred plus heroes to become competent). Speaking as a longtime player though, it also has one of the most rewarding game experiences due to the relatively large investment you place into each game (It is not rare for a quality game to exceed an hour).

Where did DotA come from?

DotA began as the lovechild of the Starcraft map Aeon of Strife and the (then) new game Warcraft III. Original developer Eul transported the basic concept from Starcraft to Warcraft while adding in Warcraft III's hero RPG system. The torch was then passed to Guinsoo who added item scaling through a recipe system along with other major mechanics. In 2005 the current developer IceFrog took over. While IceFrog didn't invent DotA he is widely considered to be the true mastermind of the genre. Over the last six years, with the help and support of the DotA community, he grew Dota from a popular but flawed custom game to a robust, rewarding, and balanced game on par with the Starcraft's or Counter-Strike's of the world. As a result, during his tenure DotA rose to prominence as a serious e-sport game even though it has no game development company supporting it (a major accomplishment). IceFrogs work has garnered him a rabid following in the gaming community the size and energy of which only Notch (MineCraft), Shigeru Miyamoto and Peter Molyneux (that is before he started spending all of his time at Microsoft press conferences talking about our feelings) could claim to match.

Why should you care?

One word. Valve. Thats right, DotA is going mainstream. In 2009 Valve, one of the most innovative and revered names in gaming, hired IceFrog to bring his vision of DotA to a modern platform. With Valve bankrolling the Dota 2 project its hard to imagine anything besides greatness ahead. Anytime Valve makes a game there is excitement (and jeering from those waiting for Half-Life 3) because of their track record, but here are four more fantastic reasons to drool all over your keyboard in anticipation of Dota 2.

Reports have been swirling regarding massive server purchases around the world by Valve. Add that to the overhaul of Steam currently underway in large part for Dota 2, and you know Valve thinks they have something enormous on their hands.

2. This is Doctor Who not The Fast and the Furious.

Hu? You say. Let me explain. Sequelized video games tend to be like action movie sequels. They get bigger and louder and generally dumber with each installment. They want to impress you so they add big new bells and whistles. Often the big new stuff fails to impress and only takes away from the core gameplay experience (Im looking at you Halo 3 equipment).

DotA 2 is going to try something different. Instead of reinventing the wheel they intend to polish the wheel up and give it a new car that release the wheels potential. At first you may say that it's just a cheap rip-off, but upon further consideration its brilliant. Like how each new Doctor Who brings new life and flavor to the series, the continuation of DotA onto a new platform will allow it to to reinvent itself through frequent patches like it has for years.

From that perspective you could see this more as DotA 4 or 5 rather than Dota 2 because of the many major iterations the game has gone through since its inception with Warcraft III. The road less traveled approach of iterating is exactly whats right for a game like DotA where every small change has a major effect on the game as a whole.

Whether you feel love, hate, or indifference towards DotA you cant deny Valves involvement as being anything less than a validation of the genre as a whole. League of Legends and Heroes of Newerth (to a lesser extent) have been successful in their own right, but both games were the work of minor publishers. The involvement of Valve marks a turning point not just for DotA but for the future of the genre.

Valve is the tip of the iceberg. From the inevitable success of Dota 2 will come many new takes on the genre from publishers with big pockets looking to make a good game and steal a piece of the pie. In other words, capitalism ensues and then we the consumer win because of the slew of new great Action-RTS games to play. 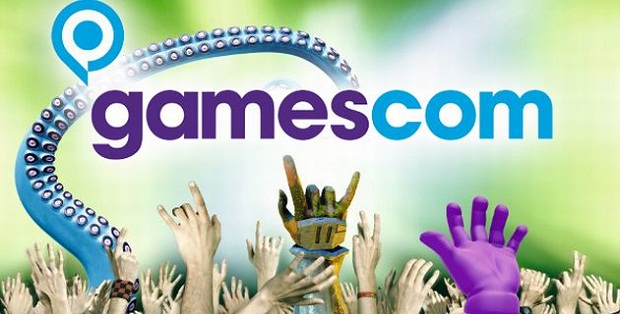 For the DotA fanboys the countdown has already begun. In less than a month the biggest (and worst kept) secret of this Gamescom will officially become known. Dota 2 will be unveiled there, and in a big way. From then on itll be beta, launch, and no looking back. With the ever approaching Gamescom in mind we will work tirelessly to bring you up to speed on all things Action-RTS/MOBA before the conference starts because you don't want to be out of the loop for the next big thing in gaming.

Valve just announced Gamescom will feature a sixteen team Dota 2 tournament for a prize pool of $1.6 million USD. The largest prize pool in history for a video game tournament.

Phil loves a good debate. Don't expect him to shy away from starting the conversation. Follow him on Twitter @MrTallgeese if you're of a like mind, or if you just want to troll him relentlessly.

10 Disturbing Video Game Twists That Came Out Of NOWHERE

WWE 2K22: 18 Most Realistic WCW CAWs You Must Download Immediately

10 Anime Based On Video Games You Need To See