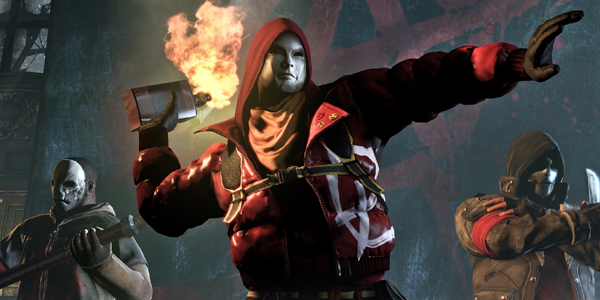 Rocksteady StudiosFirst Appearance: Detective Comics No.608, 1989 Traits: Skilled Hacker, Martial Artist, High Intelligence Anarky was fairly prominently featured in Batman: Arkham Origins, as an anarchist philosopher taking advantage of the chaos by planting bombs around Gotham. Despite being a comic fan favourite, and having one of the most interesting philosophies of any Batman villain, Anarky hasn't received much in the way of mainstream attention. The character is a child prodigy, fixated on the idea of anarchism. Anarky has variously expressed his support for antimilitarism, anti-statism and environmentalism, and is a strong believer in the ends justifying the means. In many ways, the character can be seen as an anti-hero fighting for what he believes in, though with far more extreme methods than Batman. Anarky would make for a great player-controlled anti-hero in an open world game. Like a darker, more grounded Infamous: Second Son (minus player superpowers), we can see an Anarky game being a huge hit. With Anarky's philosophical beliefs often coming into conflict with his own morality, we can imagine a brilliant karma system that would be far more shades of grey than the usual good/evil too.
Contributor
Tom Butler
Contributor
Twitter

10 Video Games That Reward You For Being Evil - Commenter Edition

10 Ridiculous DLC Extras Video Games Expected You To Pay For

10 Video Game Monsters So Scary We Can't Even