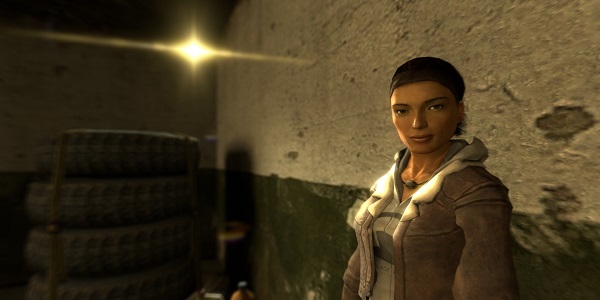 Not afraid to set new boundaries, Half Life 2 introduced us to Alyx Vance, the daughter of Eli, a scientist friend of Gordon's. Now, in many many many games, women are not always represented fairly, but Alyx was a breath of fresh air. She wasn't objectified. She wasn't part of some sexual conquest or Gordon's silent lust. She was capable and intelligent, but also human and realistic. Okay, so Lara Croft was probably one of the first true female characters to break through the patriarchy. But we all know she was largely eye candy for much of the male gaming population. It was definitely a step in the right direction, but there was still a long way to go. I believe Alyx is a fine example of a woman who is represented fairly. Whether or not she makes a triumphant return in Half Life 3, having a strong female lead will keep Valve ahead of the curve, rather that stooping to the stereotype that a thousand other games have already perpetuated.
Contributor
Andrew
Contributor
Twitter

Mild-mannered head scratcher. Once did a thing while performing the stuff. Never been to Belgium. Add me on twitter @AHeatonWriter

10 Most Frustrating Video Game Moments Of All Time

10 Hardest Video Game Challenges (That Aren't Worth The Effort)